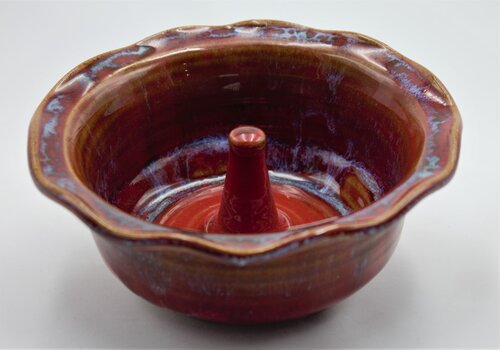 Grab your Fowler’s Clay Works Apple Baker and some apples to make this mouthwatering recipe.

Core apple all the way through and place in Fowler’s Clay Works Apple Baker.

Pack the mixture tightly into and on top of cored apple. Let mixture mound on top of apple.

Put 1 tsp. water in the bottom of baker and bake for about 30 minutes.

Serve as is or with a scoop of ice cream.